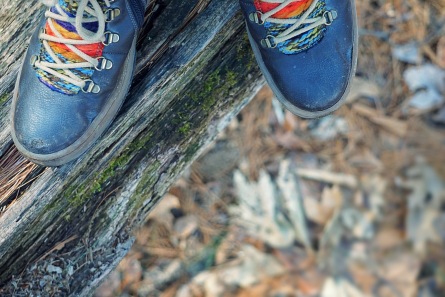 A month or so ago, a local teenager made a reckless decision and the decision had dire consequences. The story was on the news and all over social media, and the accompanying images were horrific. On social media, the responses to the story were brutal.

“Where are the parents?”

I experienced such a visceral response to these comments that made it difficult for me to write anything for a time. Some time has passed, but this story still claims a large chunk of my emotional energy. There are a couple of points on which I remain stuck.

First of all, what’s up with the bullying among adults? Is it any wonder that we have bullying issues in our schools? When children see their parents making comments like these, they must begin to believe this is the way to respond to other people. And with the exponential growth of social media, there is no question that children see what their parents post—even their responses to news stories. After all, the parent’s name is attached to the comment, so anonymity… it’s not really a thing in an online community.

Perhaps these comments are born out of the need to uphold one’s own superiority, but it seems we have become so competitive that we have lost sight of compassion. The I am better than you mentality has taken over society, and we are unable to reach out to those who are suffering without claiming some imaginary trophy and keeping score. Bullying starts at home. It starts with adults who see no problem with posting brutal responses to tragic stories because they need to feel that they are better than others—just as a school-yard bully would do; they need to claim the position as better parents, better guardians of their teens, more efficient workers, etc. This competition is so destructive to society.

This situation reminded me of another horrible accident a year or so ago in which five teenagers were killed in a head-on collision on the highway. It was late at night and they were driving home from a concert. A man with a mental illness and a commitment to destruction of everything around him was driving the wrong way on the highway after a failed mental health visit to the ER. Now, if you have ever encountered a wrong-way driver on the highway in the dead of night, you understand how extremely disorienting it can be. You will likely not even realize what is happening until the other driver has passed, at which point you slam on the brakes and think, “Wait, what just happened??” If I’d been on that road that night, I wouldn’t have stood a chance just as these kids didn’t stand a chance. Yet, in the comments of this news story, responders blamed the parents for letting their teenagers attend a concert. I’m not sure when it became irresponsible to allow a teenager to attend a concert, but I digress.

As for the commenter who always knows where her teenager is…. I can pretty much guarantee that she does not. I have worked with teenagers for thirty plus years, I have three teenagers of my own, and I (sometimes) understand how teenagers think. It’s not necessarily that they disobey, but rather, they omit. History and literature are rife with examples: Rapunzel, Romeo and Juliet… these parents thought they knew what their teens were doing, as well. But in truth, try as we might, we don’t always know where our teens are and what they are doing. Maybe it’s okay not to always know. In fact, maybe it’s healthy to give our teens an increasing amount of space to make their own choices and decisions as they grow and mature. How are kids supposed to learn responsibility and how to face tough decisions if they are not given the room to do so?

Over the years, I have worked with some practically independent kiddos, and I have worked with others who still need a good deal of guidance; I have taught A students and F students; I have worked with wonderful young leaders and painfully shy followers. And I have seen everything in between. All of the teens I have worked with over so many years have one thing in common: they all have a still-maturing teenage brain that is not fully able to think through all of the consequences of a decision, and therefore, they are prone to making the occasional bad decision. It is through these questionable decisions that teens grown and learn how to make better decisions.

Maybe we could all work together to encourage our teens—and all the teens we come in contact with—to make smart decisions. And maybe we could work together toward healthier reactions and less judgment. If our first response is to have compassion rather than to chastise, we might be able to build some mighty bridges and educate our children in the process. After all, our children learn far more from our actions than they do from our words.

{Image is a photo taken by my daughter}